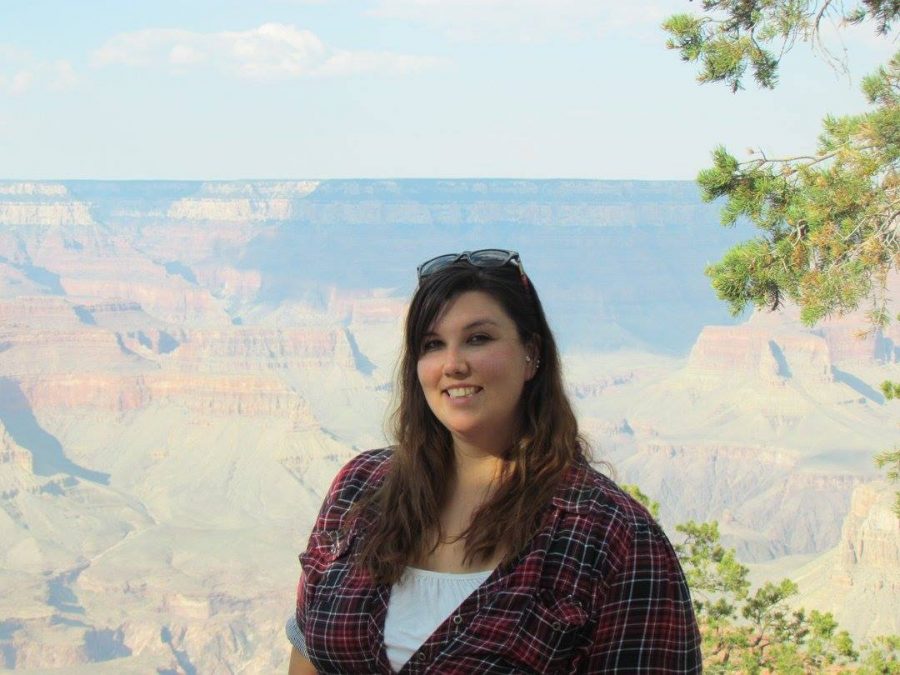 If you are a high school student planning to become a teacher, then you’ll major in education in college. You’ll work hard, pass your tests, and complete student teaching. And you’ll get that diploma and expect to get a job at a public school. That’s what you know. That’s what you expect.

But, Alumni Kristen Martin found public education the wrong fit; she said, “[I] got burned out very quickly!” Did she quit? No, she found the right fit in the Montessori school system.

Martin graduated in 2008, and went on to Penn State University  where she studied elementary education. After graduation and some substitute jobs, like all hopeful grads, Martin got her first teaching job in 2012. She taught fifth grade for five years at James W. Sikes Elementary School in Florida.

The first thing that made Martin leave public teaching were the time constraints. She had to teach a class of 24 students in 20 minutes. For the rest of the hour and a half they had to break up into small groups.

“I love working with small groups of students, but the problem was that I always had to work with the lowest students in the class while my higher achieving students had to sit at desks with busy work. To me, that wasn’t teaching. I felt horrible that I couldn’t ‘teach’ all of my students,” said Martin.

Another reason public education jaded Martin was that she felt like the children were treated like numbers. All the administration cared about was the letter grade of the school. The school is listed as a ‘B’ school. She said, “They were just like robots rolling down the assembly line ,and if they were missing a bolt, oh well.”

After she quit public teaching, she went and started her two-year training for Montessori teaching. She started teaching at a Montessori school in August, and this is her first year teaching at Cypress Junction, and she said, “I absolutely love it.”

Montessori education is a hands-on type of education. Maria Montessori created her style of education in the late 1800’s in Italy. Montessori got her ideas of education when she toured a children’s psychiatric hospital and saw the children playing with the dirt on the floor. So, she created manipulatives or “toys” that are still used today that got the kids to learn as much as kids that went to school. She believed students should focus on their learning and not so much on their teachers.

There are Montessori schools for every level of education from preschool to high school seniors.. The Montessori school that Martin teaches at only goes up to eighth grade. The schools that go up to twelfth grade are typically private schools. She said, “I do believe that Montessori, in general, is very low key and not well known.”

The public school that Martin taught at was much different. Martin said, “my administration required scripted lessons so in-depth that if a stranger were to come into my classroom,  they could teach my lesson for me, which I was never okay with.” The lesson plans also had to be planned out so that if administration walked through her room, they knew exactly what they were doing. If the teachers weren’t doing what the plans said, they would get called out for it.

Montessori lesson plans are very basic. The head of Martin’s school just wants to know what the teachers are doing. The head of the school doesn’t care if it’s just a list or a table. Martin said, “ I am enjoying not having to write a script every day!” 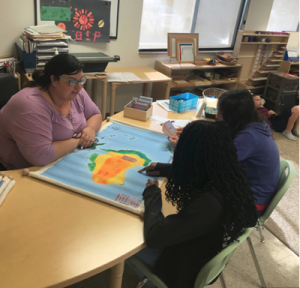 Montessori schools have their benefits. If a student is struggling in, say, multiplication, they don’t have to master it at that exact time. They can work on mastering it when they are mentally ready to do so. In public schools, they don’t really give kids who are struggling enough time to master it; they just move onto the next lesson, which puts the student even more behind, because they don’t know their multiplication facts, yet.

If Martin were to have kids she said “I would definitely send my children to a Montessori school.” If kids grow up in the Montessori environment from the start they adapt to it. Martin said, “I can see so many benefits from this style of learning”. There are first, second, and third graders dividing multi-digit numbers. The learning gains begin at just three years old. “They excel through so much more than I ever did growing up”.

About the Writer
Savannah Wagner, Reporter

I'm a senior at Kennard-Dale high school, and I spend a lot of time working at Gold's Gym. My favorite class this year is actually my internship with our...