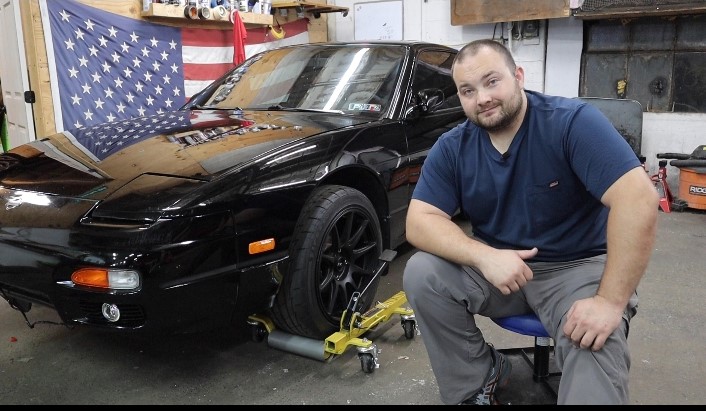 Alumni Mike Fredrick is a man of creativity and hard work. Fredrick uses his hardworking skills for multiple careers including an up-and-coming Youtuber mechanic.

Frederick graduated high school in 2010 and went to York College of Pennsylvania for computer science. But, after his fourth day, he realized he couldn’t even do the homework for his pre-calculus class and changed his major to mass communication.

He focused on video production, video editing, and photography. He noted that he accidentally managed to get a minor in speech and somehow got inducted into the International Geography Honors Society.

“It’s frustrating to say, but during my five years at York College (even though I never missed a day and graduated with a 3.2 [grade point average] GPA) the only thing I can say I truly learned from attending college was how to take a test,” he said. 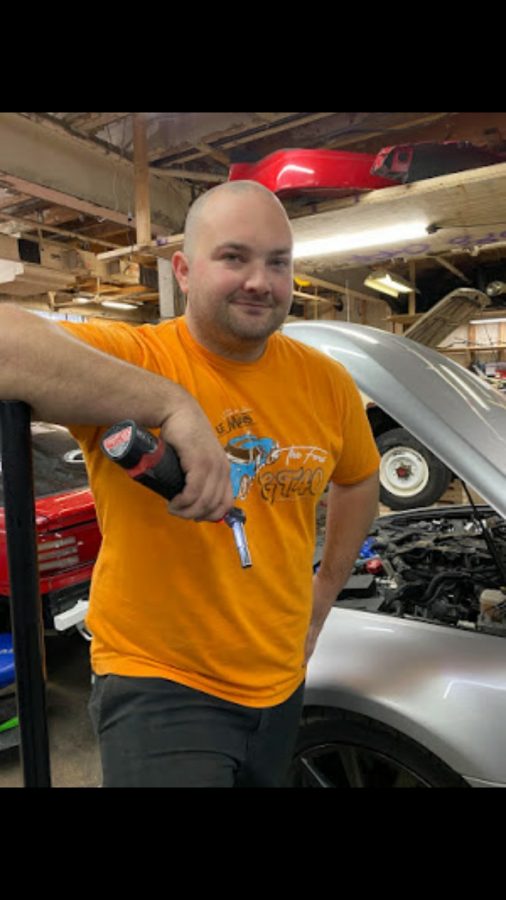 Currently, Frederick juggles four different jobs. He works at Caputo Brothers’ Creamery in Spring Grove as a full-time job. But, on the side, he manufactures LED automotive lighting, operates a remote video editing company, and creates and produces his own Youtube channel.

Frederick started his PoorManMods Youtube channel nine years ago at the age of 20. The station is about garage life. “Cars, turbos, burnout, wrenching, modifying cars […].”

The goal of the station is to help viewers “learn how to improve the look and performance of their ride with free/cheap and easy DIY or homemade modifications without breaking the bank and having fun while doing it.”

At the time of publication, Frederick had 78.2 thousand subscribers. There are well over 400 episodes and some of them with viewing numbers up to 670,000 per video.  His most popular video is on his 1988 Toyota Supra “drift missile” build where Frederick does engine swaps, turbo grades, and welding/fabrications.

He started a Youtube station because he was already active in online forums related to the car he had at the time, a 2006 Nissan Sentra SE-R spec V.

He was beginning to do a lot of modifications on that car at the time, some of which people have never done. He began posting detailed “write-ups” on the forums about some of the modifications he did. Someone said, “These write-ups are great, but a video would be even better.”

So Fredrick then made a video for the forum, and the rest is, as they say, history.

In order for the channel to gain subscribers, Frederick shared links and videos with Facebook groups and his channel grew. But it grew a lot when he got his new project car, a 1988 Toyota Supra, and started the video called Drift Missile Build.

The channel is intended for audiences aged 16-34. These viewers are either into cars as a hobby and want to build a project car, or just a normal person who has a car and needs help troubleshooting a current problem or just needs to make a simple repair to get their car working.

Many of his videos are created for his subscribers who are younger guys who are car enthusiasts who come to Fredrick for advice and help with building their project car.

For legal reasons, he only works on his close friends’ cars, one of which is fellow alumni Anthony Fonti, featured in a variety of videos. Another alumni Brad Wilson, also makes appearances in episodes, such as this one on how to install a 2-step.

Fredrick makes around $600 per month from just Youtube, then he can make about another $150 from Amazon where he does affiliate marketing. You can find this link with each of his videos, and if a viewer purchases through the link, Frederick earns a percentage of the total sales.

Additionally, he has had the experience of a paid sponsorship, where a company gave him a free product plus $100 to make a video on it.

Being a full-time Youtuber is Fredericks’ dream job, but he does not think it will happen. According to Frederick, Youtube does not like him, and since 2017, they have significantly throttled his views, subscribers, and money. They hide his videos from his subscribers so many people think he quit since they never see his uploads. As a result of these frustrations,  Fredrick just does Youtube for fun.

Frederick knew he was into cars since he was four or five years old; he always noticed cool cars on the street, always played car video games, and couldn’t wait for the day he turned 16 to get his learner’s permit, although he never started working on cars or knew how to until 18.

While he loves this hobby, Frederick never considered going to automotive school because he never wanted to be a full-time mechanic in a garage.

Frederick aspires to be a respected car builder. He would eventually like to do more extreme and more high-end automotive builds on his channel that get more recognition.

Frederick has used Adobe premiere CC on his Macbook Pro for seven years now. He edited his videos and videos for SIKKY manufacturing.