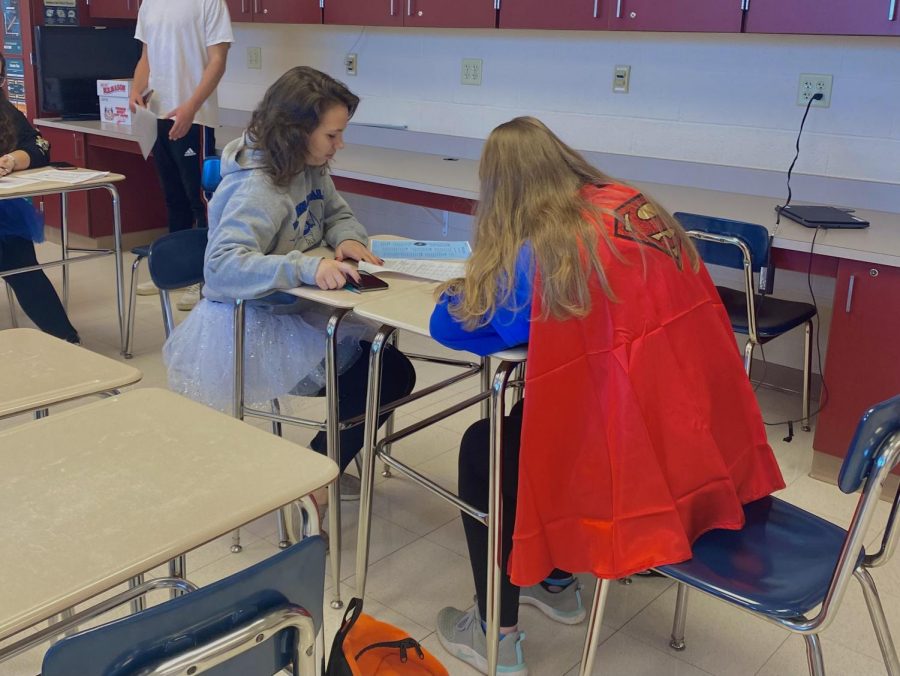 On October 28, MiniTHON hosted a fundraising event where students paid $2 to homeroom teachers in order to wear a Halloween costume to school.

The costume event raised money to help fund research and support families with kids who have childhood cancer.

Both students and faculty participated.

MiniTHON has hosted this costume event in previous years and found it successful, raising a couple of hundred dollars.

“The costume fundraiser event has actually been an event that MiniTHON tries to do each year, but the actual chance or turnout of people wearing their costumes has always been a hit or miss, mostly on the miss side for more previous years. Because of this we made sure to try our hardest to go out and convince as many people as we could to go out and dress up this year. and by all the costumes we saw the day of the event, it all seemed to have paid off really well, ” said MiniTHON member Gabby Williams.

Williams was right in her observation, as the event successfully raised well over $200.

“It made me feel good about myself knowing that I could dress up and give back to a good cause. I could do something fun while also supporting children with childhood cancer,” said sophomore class President Margo Channell.

MiniTHON members let peers know about the event through advertisement.

New ways of advertising were used this year to make sure as many people knew about the event as possible.

“One of the strategies we’re using this year, (for advertisement) which is new, but I thought it might be a little bit more successful than we’ve had in the past, is to have each member of MiniTHON select five people who are not part of MiniTHON that they think would participate. If each one of them was successful at getting those five people, or more, we’d have a lot of people walking around the building participating,” said MiniTHON advisor Grant Leonard.

The organization was advertised through the announcements, posters, homeroom teachers, and by MiniTHON members themselves.

“I think that the poster advertisements around the school did help people get inspired to dress up as they saw all the different costume opportunities from them, but I think what also worked and helped the best at pushing the word around was the daily reminders for the event on the announcements leading up to the event,” said Williams.

Students paid their homeroom teachers throughout the week to dress up. Leonard explained there was no way to monitor who actually paid and who did not, but noted the organization trusted students to do the right thing.

“It’s all based on goodwill,” Leonard said.

There were roughly 49 participants. Some donated more money than $2 and others paid but didn’t dress up.

“We thought that the event was a big success and were surprised and pleased with how big of a turnout it was. I especially liked the unique costumes that people wore this year around. I thought it was really cool seeing so many people go out of their way and support MiniTHON while having fun and expressing themselves in their costumes for the day,” said Williams.

People who wore their costumes to school had some restrictions.

Administration warned that face paint nor face coverings (besides medical masks) were permitted as part of costuming.