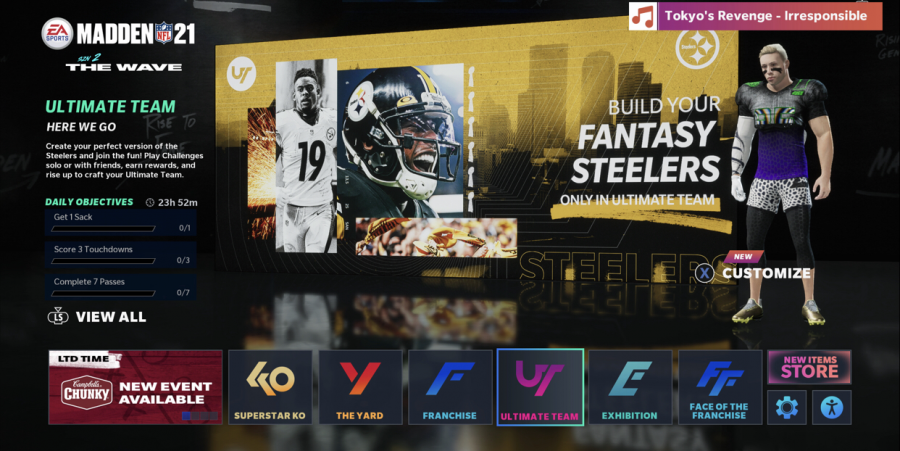 Electronic Arts (EA) series of Madden games have an annual release every year which helps easily find the improvements just as it is easier to find the problems. The first thing veteran players of previous Madden games will realize about Madden 21 is the gameplay improvements.

EA seemed to try and make Madden 21 more realistic and improve graphics. The first and main example of this is players when near a first down marker or end zone will most times reach the ball out for the marker or goal line just as they do in real life.

EA also improved change of direction speed to improve realism. Mainly due to complaints of last year’s game (Madden 20), which was about how players use any defensive back. This means when playing as that position in a multiplayer game they are able to cover one whole half of the field which is obviously unrealistic. To fix that problem, they have balanced change of direction along with how defensive players break on the ball to intercept it.

Another improvement and actually completely new feature they added is the “Skill Stick”. The “Skill Stick” replaces having to push the buttons on the controller, though it is still an option. What the skill stick was truly added for was to make ball carrier moves aka spins, jukes, trucks, and hurdles easier to access and string together for big play opportunities.

A feature that has made a return without surprise was X-factors and superstar abilities. Those are abilities that some of the best players in the NFL get, which are like boost. For example, one superstar ability is “juke box” which increases the speed of juke moves. An example of an X-Factor ability is “Double me”, which when activated, normally by three twenty plus yard receptions makes the receiver win almost every aggressive catch in single coverage.

Now, onto the franchise mode, which displeased many veteran Madden players, because once again, franchise mode looks almost completely untouched since last year’s Madden. The only positive in this situation, as a big fan of the franchise mode, in my opinion, it still is a very fun game mode that gives you full control of the team of your choosing and lets you lead said team through multiple seasons and super bowls.

The next thing I will speak on is multiplayer, which, in all honesty, I don’t play much of, but from what I’ve seen, it looks great other than some server issues, but they have gotten better. These issues include random desync or not even being able to find a game. 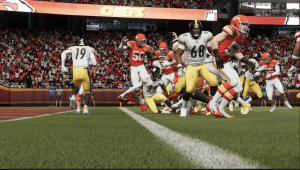 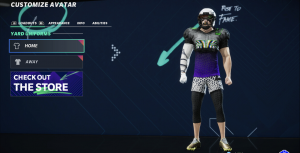 The next game mode is Ultimate team, which is a game mode that allows you to collect old and new players to create your dream team. Once again, I don’t have much experience with this mode, but it seems very well put together this year minus some server issues and balancing issues.

Another game mode that has made a return is “Superstar KO”, which is a game mode where you pick a base team that is good at certain things. After you choose a team, you draft some X-Factor players and play against other players in a one loss elimination tournament and are able to steal one player from each team you face. Superstar KO is probably one of my favorite game modes besides franchise due to the fact that it is really easy to pick up and play for some quick fun.

The final game mode that has made a return and with some great improvements is “Face of the Franchise” (FOTF). FOTF is Madden 21’s career mode. In this year’s FOTF you start in high school as a QB, then move onto college which gives you a chance to either stay at QB or switch to RB or WR. The main change to FOTF, other than new positions, is the way it was made to follow a main story and it has no dull moments in my opinion.

The brand new game mode EA made for Madden 21 is “The Yard”. The yard is an arcade type of mode. Think “NFL Street” but better. I honestly loved “The Yard” . You are able to fully customize your own player and give them some very awesome equipment. After you make your avatar, you hit the field and make crazy plays like behind the back passes, crazy one handed catches or jukes. Almost anything can happen in this game mode, which helps make sure it never gets old.

Overall, Madden 21 is a great game and is worth the purchase. It is an easy game to pick up and play casually or competitively.

If you want to further your understanding on Madden 21 go to a YouTube channel called EricRayweather. 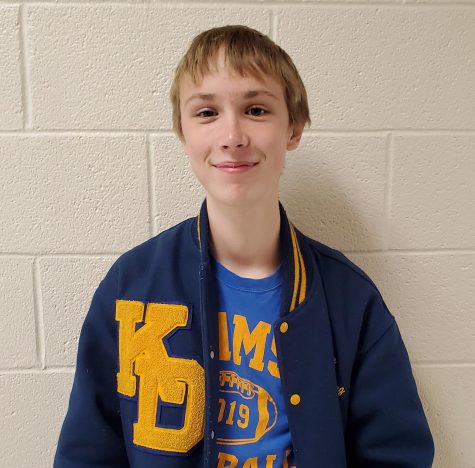 I am a senior, and I chose to do journalism because it seemed interesting to me and I really enjoy research. My interests include sports such as football...