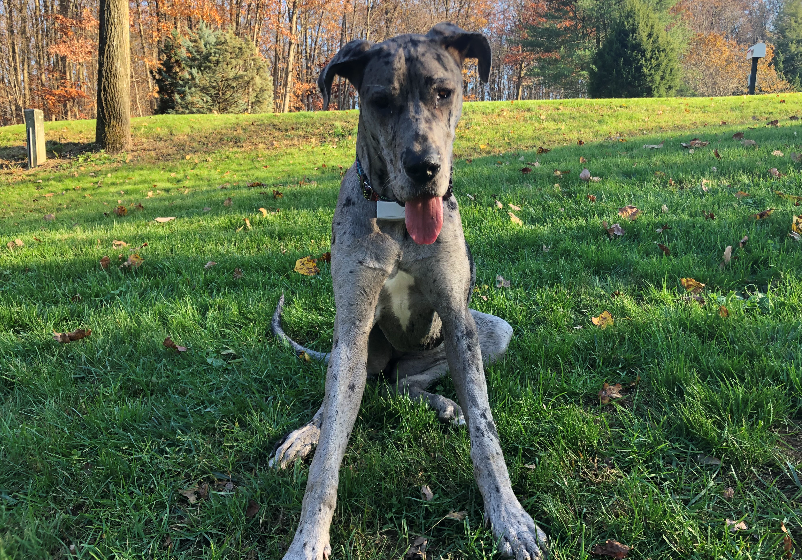 No, It’s Not a Horse

It's the best dog breed there is!

When people see a Great Dane the first thing they always say is ¨Woah, that dog looks like a horse!¨ Usually, this is followed by playful banter about whether I own a saddle. Being an owner of one of these dogs and hearing people say that does get a bit old. But who wouldn’t one of these beasts? 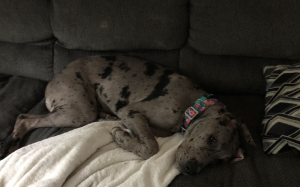 Having a Great Dane is like having another human in the house. They eat as much (if not more than a human), and they take up a whole couch for themselves. And despite being the size of a person, they swear they’re lap dogs and try to sit on your lap–even at a crushing 140 pounds.

This breed is super playful, but be wary, it’s hard to play ball with them. A dane can fit an entire tennis ball in their mouth without you knowing. A soccer ball is actually more their size.

With their size, they can get worn out quickly when playing. It’s also important to note, that while they are growing in their first year, you’re supposed to keep their exercise at a minimum. Of course, try telling a 90 pound puppy this!

Unfortunately, due to their size, they often have health problems: from hip problems to a problem called gastric torsion–when the dog’s stomach flips inside of them. This is actually the greatest danger to all large animals.

On the upside, these dogs love human contact. When standing, they’ll lean up against you so you have to pet them. How can you say no? And having a 130 pound dog leaning against you isn’t something you can just ignore.

Additionally, because of their size, they can require you to pet them by slipping their head under your arm if you’re eating, or playing on your phone, or working on your computer… you get the idea.

Having one of these dogs in public is super fun. The looks you get and the amount of people who want to pet them is crazy. People love these dogs and these dogs love people.

On the other hand, it’s nice keeping one of these gentle giants around the house for protection. Most people are pretty afraid of a dog this size–even if the worst they will do is slobber all over you.

Owning one of these dogs will bring so much humor into your life just based upon how these dogs act. They really act like big babies, and the littlest things can make them seem like a small dog. For example, my dog is afraid of stuffed animals that move.

Additionally, while it hurts when they step on your feet, they don’t realize how big they are and think they are little dogs. So watching them misjudge a turn, or hurl themselves into another person, because they can’t comprehend their own size, is pretty funny! Unless it’s you, then it can hurt pretty badly!

Because of their size, small hallways are not their friends. If they follow you into a small hallway be ready for them to go into a room to have to turn around. They also think they can fit under anything and will try their hardest to fit under what they want.

When a dane drinks water you wonder if they even got anything to drink with the amount of drool that comes out of their cheeks. The cheeks of a great dane, which are super big and hold a ton of drool, are also so fun to squish and play with. And because they’re so gentle, they’ll just let you!

If your family is contemplating getting a dog, I for sure recommend a Great Dane! Anyone would and will love these huge loveable, cuddly dogs. 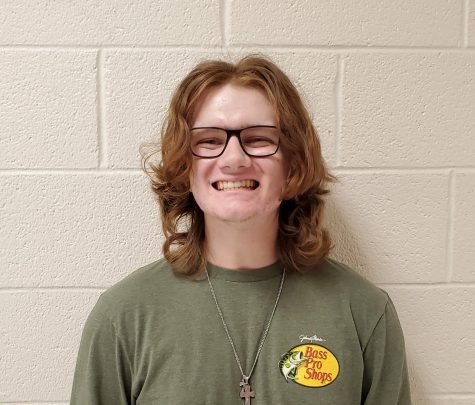 Hi my name is Peyton Parks, and I am a junior. I play baseball for the school and spend my weekends drag racing with my family. I also enjoy playing guitar...