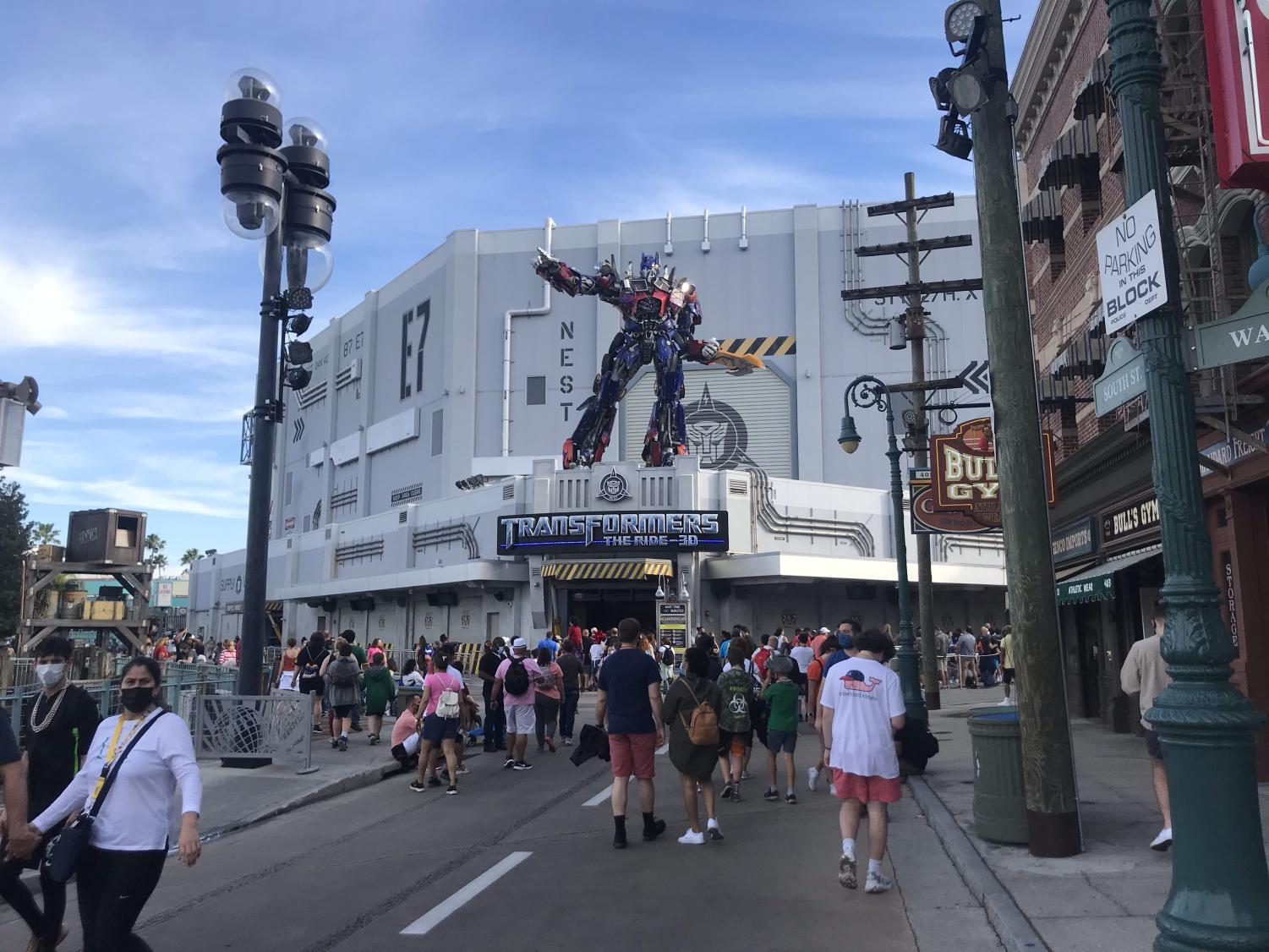 Traveling During a Pandemic

We’ve been in this pandemic for close to a year by now and one of the things that has been drastically changed is travel and vacationing–whether it’s nationwide or worldwide. I recently went to Universal, Orlando, and I observed the changes airlines and NBCUniversal had to make to allow for people to visit during a pandemic.

The airport and subsequent plane ride were probably the least amount of change that I experienced. All check in procedures were the same other than the fact that we had to wear masks and social distance. The terminals did not have any other special rules and neither did the restaurants, which were all open.

Come boarding time, the line going onto the plane was not socially distanced. The aisles in between the seats were jam packed.

On the other hand, Universal made lots of changes to how their park operates. In order to enter or exit your hotel, you are subject to a temperature check every time and are given a wristband to prove you are at a normal temperature.

Universal also ensures social distance in lines. Any place that might have a long line to get to an attraction, restaurant, or event has blue marks on the floor to tell where people can stand, so they are properly socially distanced. Park employees enforced this rule, and almost all guests followed the rules.

Everything is separated by your family or party, so your family/group would all inhabit one blue mark and another family or group of people would have to stay six feet away from you on a different mark.

Another obvious rule they added was the mask rule. Masks must stay on in the parks at all times, covering your nose and mouth. The only exceptions of that are when you were in your hotel room, swimming in the resort pool, or when you’re on a water ride. Then you can take it off during the rides and while in the pool. This rule was also enforced quite well, designated employees walked through the crowds holding signs to remind patrons to wear masks, and if necessary, they also spoke to any individual not following the rule.

Another change to the rides that they added was the change in ride seating, which means that every row per “car” must only have people in the same party. So, only I can occupy the same row with people in my group. For example, the Incredible Hulk ride seats up to four people per row. I was in a party of three, and there was a single rider behind my party. My party took up three out of four seats, while the single rider took the entire row behind us by himself. 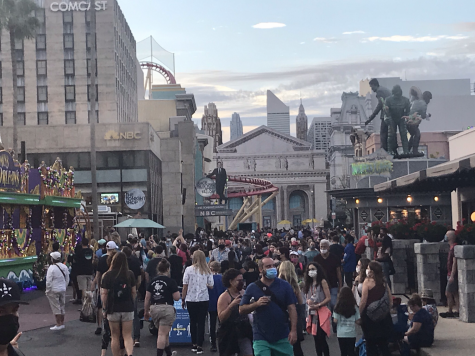 The park is also set at a certain capacity. On February 13, the park was so full that they had to stop admitting guests. Universal permitted only people that were staying at a Universal hotel to enter the park at that time.

So, while the park is at a lower capacity, which means less people in line for rides, you’d think the lines would not be that long at Universal, right? Sort of. While there are less people in the parks, the way they configure the way people get on the rides is different, so it almost cancels each other out.

Another addition they added to the park was “Mask Rest Areas.” These allowed guests to take off their masks and breathe for little bit.

Everything Universal did was great, and despite the changes, it was still a great experience. I think Universal did a good job with their rules for Covid-19. I felt safe going to the parks. I felt like everything was just as good as when there weren’t covid restrictions, and I would recommend going now, even in a pandemic.

View Comments (1)
About the Contributor