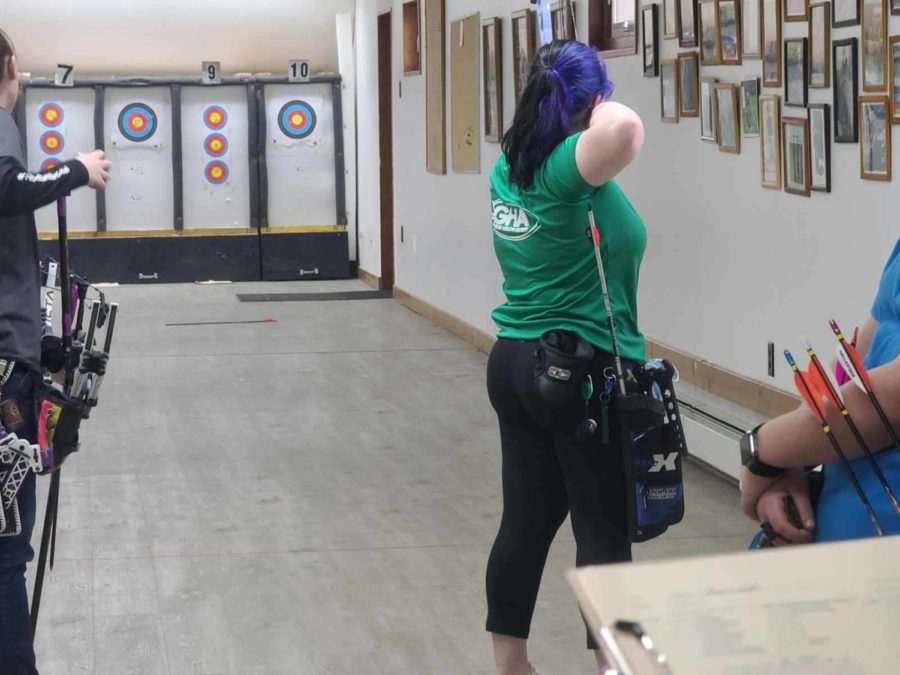 Junior Emma McCarthy recently won a $15,000 scholarship, and the PA State Title in the field of archery, and she has her sights on global competition in the Olympics.

McCarthy’s participation in States resulted in Union College in New York, a powerhouse school in the sport of archery, offering her the scholarship–making her victory that much more impressive. She placed first in the S3DA indoor competition at the beginning of March.

McCarthy has been shooting for almost 11 years now and credits her dad for introducing her to the sport. She said she “had always loved watching him shoot, so I wanted to get into it.”

Her favorite bow is Bowtech’s “Specialist II ids”. This is a compound bow that boasts its 38” axle-to-axle length and 7 ⅛” brace height, as they claim this bow puts more tournament-dominating accuracy and consistency in archer’s hands than any other platform.

As McCarthy has been shooting for 11 years, she has also been in many competitions. “It’s hard to say how many competitions I’ve been in since there’s been so many. I’ve placed in all of them and first in most.”

While these are amazing accolades to say the least, she did admit the Buckeye Classic Competition she was a part of was the toughest of them all. This was her first big shoot, and she took on competitors from all across the county, 100 of which were in her division. While she said it did cause her a bit of a panic, her consistency and accuracy continued to be impeccable nevertheless.

In McCarthy’s most recent contest, the “S3DA indoor”, she placed first individually and third in combined team indoor. 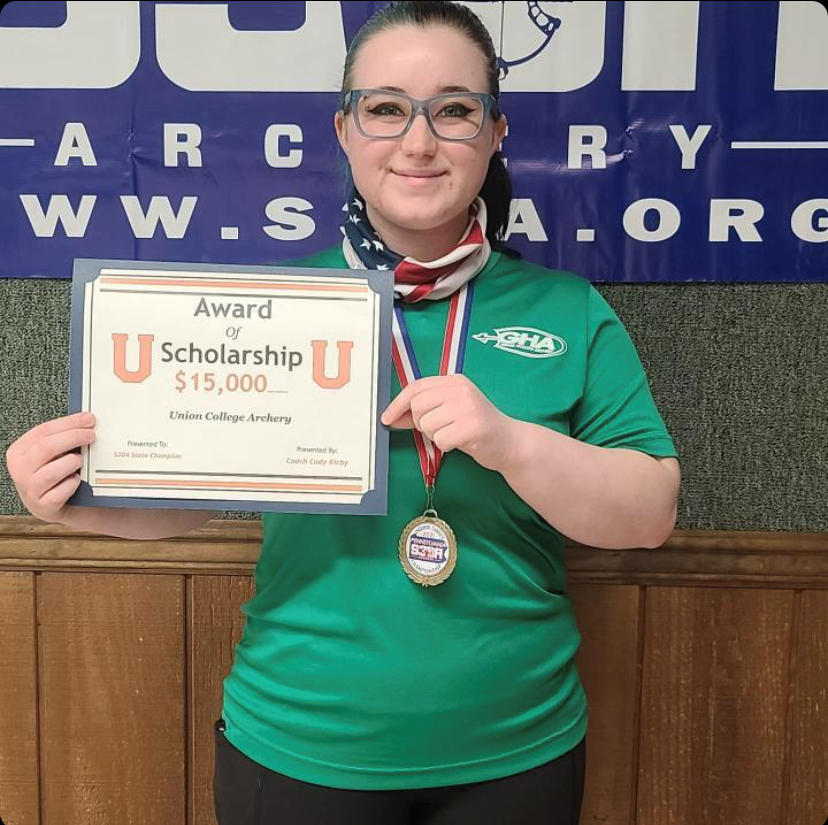 She qualified for the junior Olympics last year in Lancaster, and eventually plans on becoming an Olympian for the U.S. Archery team in the future. To do this she must first try out for the US team and also learn how to shoot an Olympic recurve bow. She does currently meet the age requirements– being the minimum 16 years of age to qualify, but this age requirement did cause her to miss the date to try out in the 2024 summer games.

These Olympic dreams seem within reach as McCarthy headed off to nationals on March 13. When asked about how nationals went she said “{Nationals} were stressful. It was hard to stay out of my own head, but I had a fun time and got to meet some good people.”

According to her, staying out of her own head has been McCarthy’s greatest challenge in the sport.

Most amateur archers tend to begin their journey with a recurve bow. This is a lighter bow that requires less experience and is a bit more forgiving on the shot. McCarthy jumped right to the compound bow from the start, and this could be a huge reason why her talent translated so quickly even as a young archeress.

In competition form, the closer you hit inside the target circle, the more points you score. It is a ten point system and the highest you can score is 600 points. Of course, a “bullseye” is the goal of shooting and is the most difficult shot to hit right in the middle, but it is worth 10 points.

McCarthy’s driving goal is to beat her role model Paige Pierce; whom she has actually met. She also aims to be like her, and win the Vegas shoot like Pierce did in 2020.

Her persistence drives her and is evident in each competition. With an impressive amount of accolades and victories, this type of success is hard earned. “It honestly feels really great. I worked so hard to get where I am now, so to finally get what I worked for is the best feeling,” McCarthy said.

Even on top of natural talent, McCarthy works tirelessly on her craft and shows why she holds a State title. She demonstrates just what it means to be an athlete and how success will come when you are persistent in effort. And as far as her goal in beating her role model, it’s safe to say she’s on target to do just that.