From an outside perspective, the military and teaching look like polar opposites; however, they are very similar.

Science teacher Gino Salvitti got out of high school with the intention of spending 20 years in the military and then retiring. This was not the case.

During his time in the army, Salvitti instructed new soldiers through their transition from civilian life to the military.

“I was in active duty for four years until I realized that I didn’t want to teach people to kill anymore, I wanted to teach people something cool like Biology,” said Salvitti.

That is exactly what he did.

He finished his schooling in 1985, after studying at Millersville University, Mansfield University, and Lebanon Valley College. Since 1990, Salvitti has been teaching Biology here. 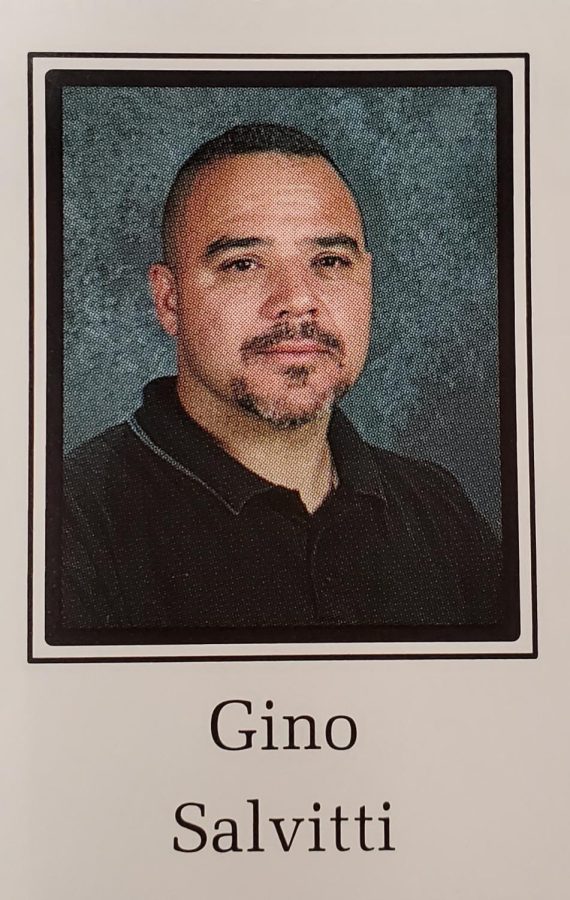 While he pursued his desire to become a teacher, he did not leave his days in the military in the past. Salvitti switched to the National Guard and continued to serve for 21 years.

During his 2003 school year, Salvitti was deployed to Iraq during the United State’s invasion, resulting in him leaving the teaching environment for 13 months.

The military was Salvitti’s main inspiration for becoming a teacher. When asked about the relation between the two, he said, “The military is a people profession. You have to do a lot of teaching when you lead people to die and when teaching new soldiers techniques. The military is where I got most of my role models.”

Another role model in his life was his high school biology teacher who served in the Navy.

Salvitti retired from the military at age 43 and continued to teach. However, his time teaching is rapidly coming to an end. At the end of this school year, Salvitti is retiring.

“I have no plans as of right now other than never having to alphabetise anything ever again and not working on a strict time schedule. I’ll pick up a job somewhere eventually with a more flexible schedule,” said Salvitti when asked about his plans for retirement.

A lot of things have changed in education since Salvitti started teaching in 1990. One major thing that had changed was the addition of the Keystone test.

Before the state introduced the Keystone state exam, teachers were free to teach whatever material relating to their subject that they pleased. One unit that Salvitti taught was about Trout fish, this included a field trip and the hands-on experience of raising the trout.

With the introduction of the Keystones, politicians basically gave teachers a list of the topics that were on the test. These topics were and currently still are the only topics they are allowed to teach.

“If I could do one thing differently, I would’ve gotten out when the Keystones came in. They have ruined Biology for me,” said Salvitti.

Another major thing that changed during his time was the increasingly heavy use of cell phones. He has found that they have completely changed student’s behavior and mindset towards education.

After being asked about the impact of cell phones, he said, “Cell phones make cheating inevitable and students only care about the destination rather than the journey. Students learn better after failures and now, they fail to realize that what you learn is sometimes more important than what you earn.”

Over his years of observation, Salvitti believes that a good student is a student who is curious and interacts with his teacher. Getting to know the students is the part of teaching that he will miss the most.